Hunting is an enjoyable activity; whether if it’s for competition or to acquire food. That said, you need to have a trusty rifle with you in these hunts. You need to know what you are hunting since the caliber of your rifle will play a big role in putting down that target. Of course, you also need to check if that rifle will fit you and your style. This buyer’s guide will help you decide on getting the best 308 bolt action rifle for the money. In addition, try to choose a rifle that has a popular caliber. That way, you will have no issues finding ammunition at your local gun shop. In any case, check the review of each rifle then decide on the best one for you. 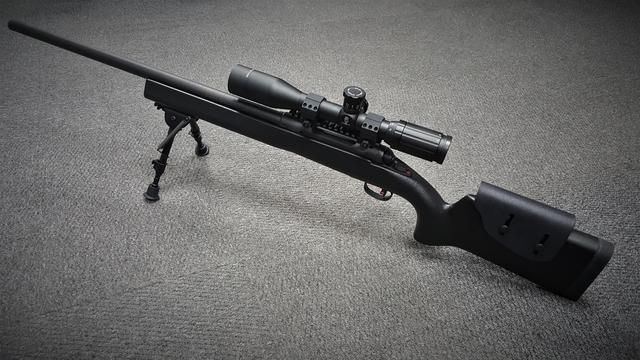 When hunting, you need to hit the target in one shot as much as possible no matter how far the distance is. This is what this rifle is all about: Precise shots whenever needed. Deemed as one of the best 308 bolt action rifles in the market, it rises up to its moniker because of its state-of-the-art AccuTrigger system. This easy-to-adjust system allows shooters to have a clean and light pull of the trigger and offers protection as well because it prevents the rifle from going off when it is dropped accidentally.

The ability to make the shot as easy as possible is important in choosing a rifle. Ruger knows this so they made their 308 bolt action rifles easy to adjust and the pull weight needed can range from 3 to 5 pounds depending on your preference. The ability to carry a lightweight rifle also improves the chances of landing a hit since your arm and upper body will not feel strained due to the weight of the rifle.

Now, this rifle just screams out with elegance. With such a smooth finish, you will not expect that this elegant-looking rifle has an accuracy level that very few can rival. This rifle guarantees that you can hit your target at.75 MOA or less at 100 yards. Of course, this is made possible with the use of high-quality match-grade ammunition.

The stock of the rifle is ergonomic enough that you will enjoy the hunt since is made of polymer that is reinforced by carbon-fiber. It also has a Picatinny scope base and used to shoot at a 1000 yard shooting range.

The Remington name is a legend not only with rifles but with various firearms as well. Part of the legend comes from the fact that it is the oldest gunmaker in the US. As for the Remington 700, you can be sure that this is one of the best 308 bolt action rifles for the money not only because of its name but because of its features.

To name a few of its features, the Remington 700 has a very detailed stock, the trademarked externally adjustable trigger called the X-Mark Pro, a very effective recoil pad, and a lot more.

Another legend in the firearms industry is the Winchester name. That name is so popular that people refer to the Model 70 as the “Rifleman’s Rifle”. This version of the Model 70 has the M.O.A. Trigger System which enhances the accuracy of your shot and is deemed to be an upgrade from the previous version’s system. This feature alone makes people believe that this is one of the best 308 bolt action rifles for the money.

This new M.O.A. Trigger System claims to have the most accurate three-lever trigger system among its other peers. This is because the trigger system was redesigned from the bottom up so that an entirely new version would appear.

The answer to this can be subjective. It will all depend on the user’s preference and the features that they want to have on a rifle. However, many prefer the Winchester and Remington models due to their legendary statuses.

People use bolt action rifles because its moving parts are fewer than the automatic ones. However, since a user needs to load a round after each shot, this results in a much slower rate of fire.

The bolt action rifle is generally more accurate than other rifles but it still depends on these three categories: Recoil, gas release, and moving components. The firearm itself and its ammunition come into play as well. Read: Best Long Range Rifle Scope Under $300

So that completes this buyer’s guide for the best 308 bolt action rifle for the money. Each rifle has its own features and importance so it is up to you to decide what rifle to get. Other users tend to pick the ones that have a long-standing reputation in firearm making but again, the decision is up to you.