We figured $150 was a fair price to pay for a fine piece of hardware, so we knocked some doors and did some research. After thoughtful examination, we detailed a short list mentioning the best monitors under $150.

A good monitor is the one that has the capability you to show off your setup’s graphic muscle to its fullest. A great monitor accomplishes that and does it while providing an user-friendly experience. The best budget monitor gives you the opportunity to do both of those things without overpaying for it. 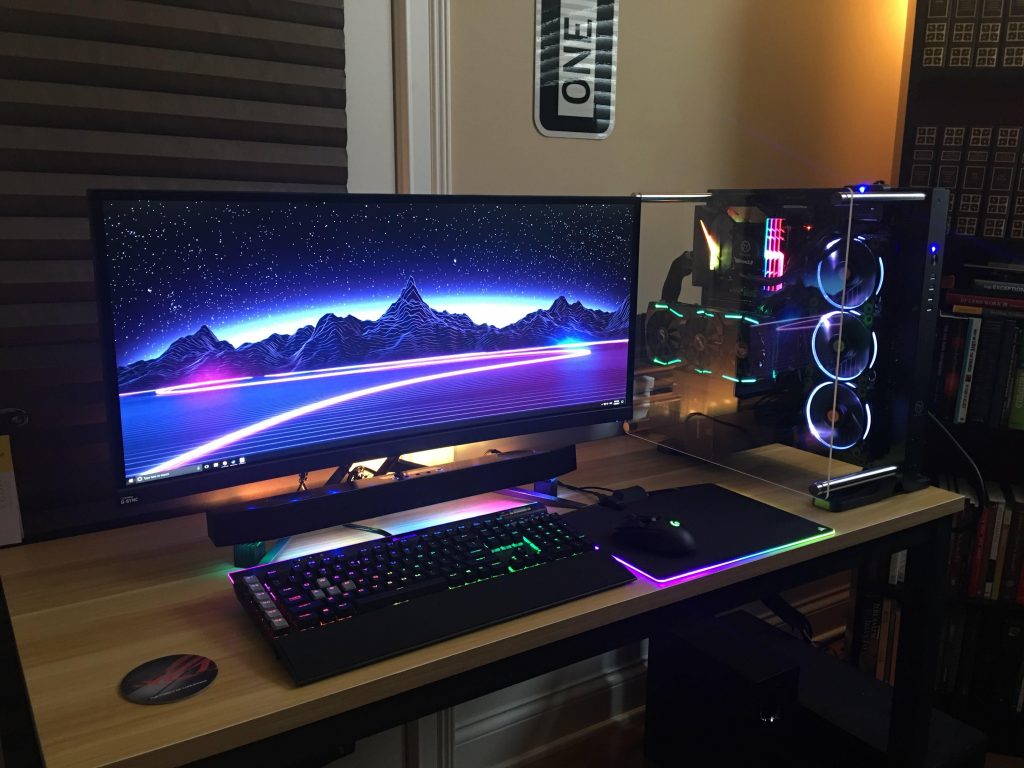 What Should You Look for When Buying a Monitor?

In your monitor, the screen is the thing the heart of the whole thing, so you’d better take the time to learn a few things about it.

There’s some technical terminology that you’ll need to understand first. We’ll try to be as clear and simple as possible: you need to know which type of monitor you want to buy. That means, you’ve got to choose between three types of monitors:

The difference between them is the method they apply to deliver the visual signal to the user. Also, you have to take into account the individual specs of the hardware you want. Such as:

This is the main characteristic to consider when you want to make a rough measure of a monitor’s potential. It’s measured in pixels by length and width.

The term, abbreviated as ppi, refers to the density of pixels present in every inch of the screen. It affects the capacity to show a more detailed image.

About the Other Different Types of Monitors

You might be wondering what are the 3 types of monitor. Like we mentioned above, monitors are classified depending on the technology they rely on to make a picture. Understanding this, we’ll proceed to give you a quick summary of each one:

They’re overall superior to CRT by a long shot. capable of much higher resolutions, they were the standard for a while. Nowadays, better technology is available, but LCD screens are a still a solid option.

This is the technology that’s on vogue right now. Such was its success that it’s starting to become the new standard. They take the display of colors to a different level and are more power efficient.

It’s a new technology built upon the same concept as LED technology. These screens show a brighter picture and colors that look more alive. Getting a LED-lit monitor for less than $200 is possible if one’s willing to give up on having a massively sized screen.

What’s the Best Monitor at a Fair Price?

We swam through the huge amounts of alternatives out there to make a list of the monitors that we thought were worthier of your hard-earned money. In that sea of options, there were a few gems that we’ll share with you.

The best monitors under $150 we could find were the following:

They offer a great price/value ratio, making them the ideal choice for you. You’ll be able to enjoy an experience closer to what you would expect from a higher-end monitor. Many slight differences made each one unique, so choosing between them is a matter of personal taste and expected use.

Most of them work using LED-lit technology. This technology came as an improvement over the previous LED system, translating into a brighter image that really shines on the monitor’s high definition screen.

Most likely, you would agree with us if we consider $150 a fair price for a good monitor. At that price range, we should be able to afford something that’s capable of meeting our high expectations.

There are a few good monitors out there, so we figured we should put them side by side to check their advantages and their weaknesses. The research was done, and we bring you the results:

Its sleek design makes it one of the most aesthetically attractive options on this list. A frameless style allows you to have a greater screen visibility, and contributes to make the monitor more visually appealing. Those things and more make this device one of the best monitors under $150 in existence.

Getting into technical terminology, we should take into consideration that it has:

It comes out as the most likely to make your setup look more impressive. It may be a bit on the small side, but it has the looks to make up for it. You can expect the display to show you vivid colors and deliver an all-around great experience. I would strongly recommend it for those who are into pretty-looking things.

This pick was made thinking about the gamers. This monitor takes the title of best budget gaming monitor. A lag-free image transmission will give you the highest accuracy and to allow you a quicker response time when playing.

The main highlights among its features are:

All those things come together to make this monitor a well-suited alternative for gamers that would rather expend their money on improving their computer’s performance. It is certain to be a great addition to your gaming setup. This is our definitive pick for best budget gaming monitor under $150.

Hewlett-Packard’s alternative offers a great deal for a very reasonable price. Always being a huge name in the industry, HP delivered a solid contestant to the “best monitors under $150” race. With its VESA mount, you can put it in your wall and enjoy it as a fairly-sized TV set.

The elements that sealed the deal for us were, among others:

However, it’s on the expensive side of the spectrum between our picks. Nonetheless, as a well-built piece of hardware, the HP 24uh it’s a reliable choice. It is made with attention to the detail and targeted to a more cautious kind of user.  Also, HP Technical Support comes in super handy if you happen to run into any kind of trouble.

The guys at Dell tossed their hats into the ring and gave us a sweet deal on this monitor. It’s an example of all the things a great monitor should be: big, efficient and handsome. Flawless performance and a crystal-clear image, it’s one of the best monitors under $150.

An alternative that will be favored by those who care about things like:

It’s a very versatile video viewing device. As a monitor, it offers all the things you’d expect from an item that you would consider worthy of our money. Its downfall is the lack of a VESA mounting capability. But still, this monitor offers a lot more in compensation for that, so it’s okay. The elegant and functional design comes as an appreciated bonus.

It’s the ultimate contender from the guys at Dell, a pricier relative to the one mentioned above. Turning those extra bucks into significant improvement was the goal in mind when this monitor was conceived. If money isn’t an issue, it could be rightfully stated that this is the best monitor under $150.

Among many factors, it sets itself apart due to these elements:

There’s a lot to say about the aesthetic value of this piece of equipment. It’s capable of both adding an elegant touch to your setup and perform as well or better that any item on this list. Providing the best experience, a budget of $150 allows, this is the most likely candidate to take the title as “the best monitor under $150”.

And now we’ve reached the end of our quest to figure out which are the best monitors under $150. Whether you’re a gamer or a tech enthusiast, we are certain that you’ll find the right monitor for you between our picks. Remember to keep an eye out for the characteristics of the hardware that you’re buying, so you’ll always know exactly what you’re paying for. It always pays off to know what you need and what you don’t when it comes to helping you save some cash.